Written by Christopher Han
Updated over a week ago

Orient to Path is a layer setting that automatically adjusts a layer's rotation to point the object in the direction it's moving in.

With Orient to Path and Position Paths, you can create complex position + rotation animation without needing many keyframes. For example, the animated GIF posted below is created with just 2 position keyframes.

Turning on Orient to Path from the Inspector 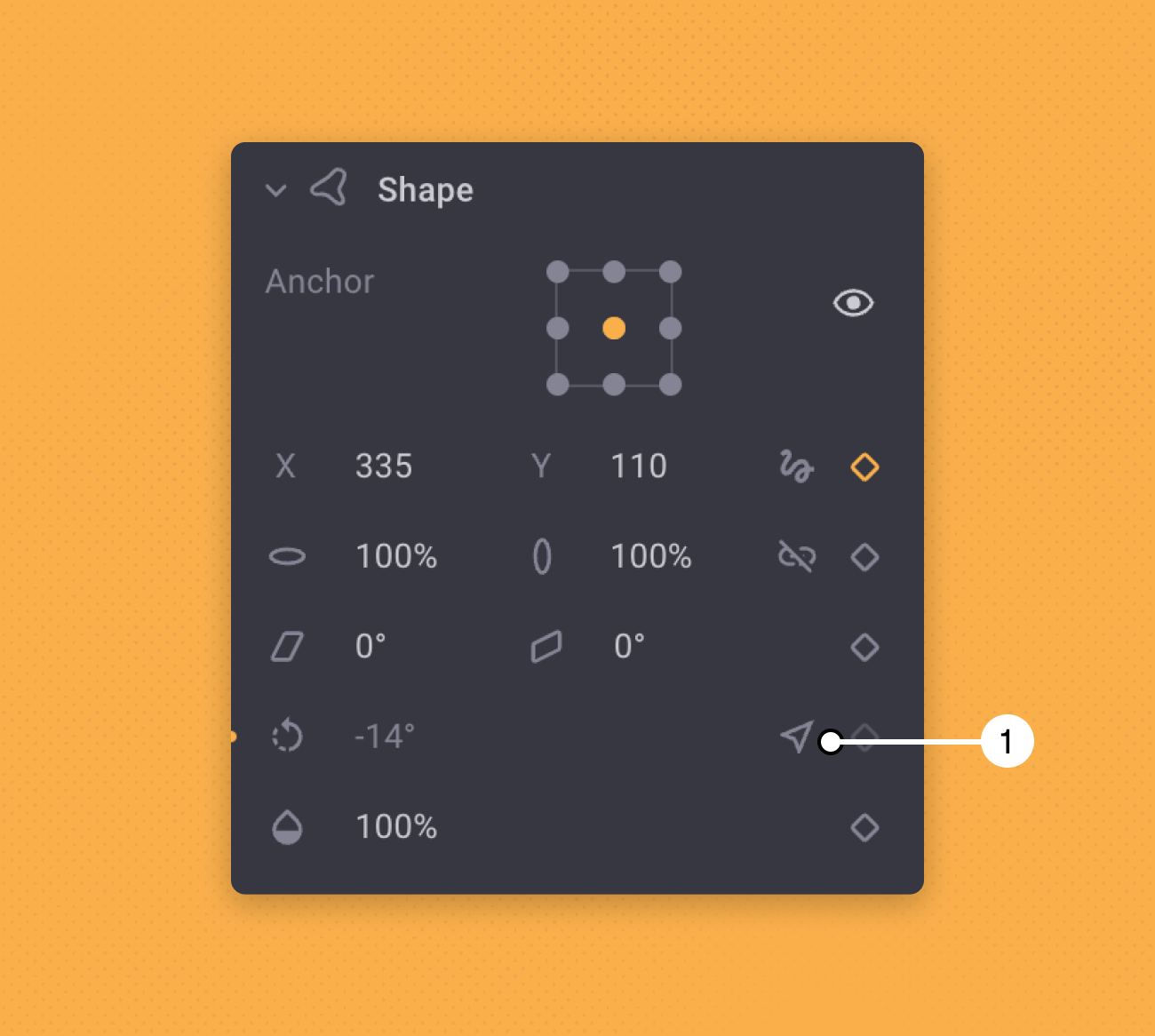 To activate Orient to Path, all you need to do is click the icon, and the layer should immediately orient to the direction it's moving in.

Turning on Orient to Path in Position Path Edit Mode

With the checkbox active, the layer should immediately orient to the direction it's moving in. 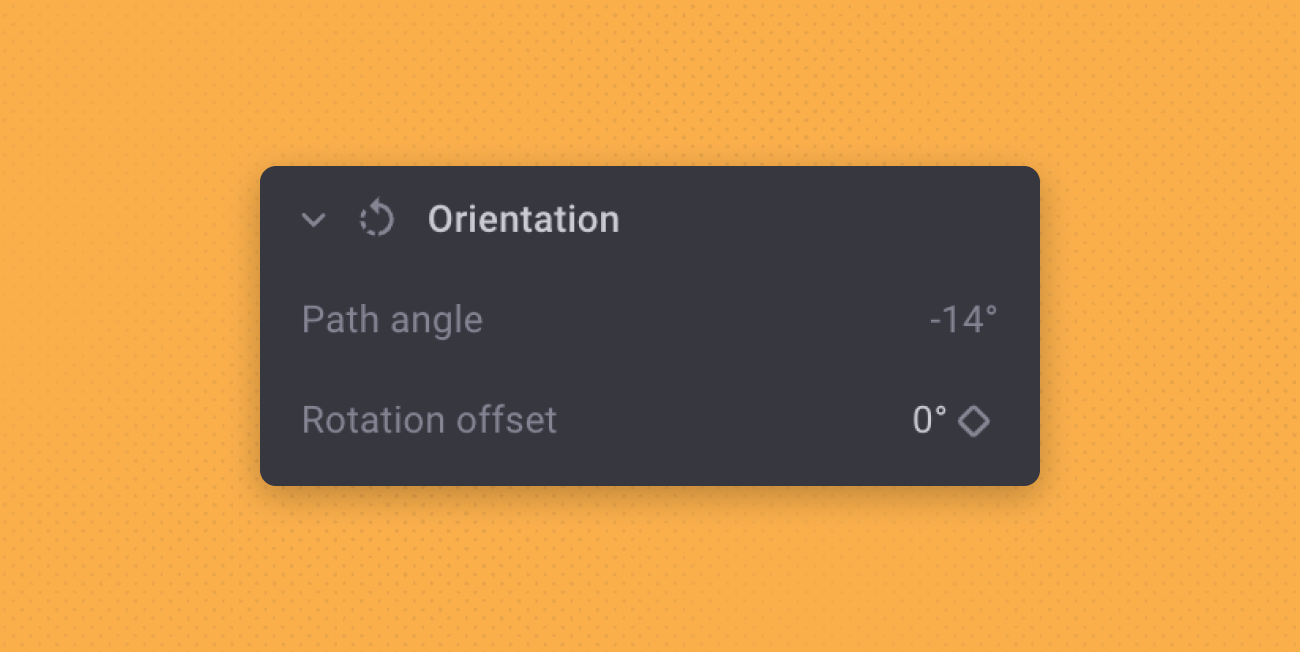 When Orient to Path has been activated, an Orientation block will appear on the inspector. This block calculates the angle your layer is moving in (Path angle) and sets the value on the layer's Rotation property.

If you'd like to manually adjust the rotation of the layer on-top-of the automatic setting, you can do so using the Rotation offset parameter on this block.

Adjusting the layer's Rotation via the canvas will adjust the Rotation offset parameter.

Did this answer your question?